When I was in engineering school studying to become a chemical/biomedical engineer, I never imagined that I would be able to apply what I learned of fluid dynamics and pumps as a resource to evaluate insulin pumps and their basal rate accuracy – but here I am. The referenced insulin pump bench test, “All Insulin Pumps Are Not Equivalent: A Bench Test Assessment for Several Basal Rates” is a well-designed study worth any diabetic or their caregiver’s attention. There may be areas beyond your scientific background, but you may find yourself surprised. If you’re a mechanic, professional, or garage type, you’ll likely grasp the concepts of ‘stroke volume’ and ‘stroke accuracy.

I’ll provide a summary of the findings in my own words to avoid stepping on the author’s great work and related copyright. The team of scientists created this test to identify if the differences in the technological approach used in four different insulin pumps were the same and if different if was there a more accurate approach. TL;DR: A group of scientists tested four different insulin pumps to determine which is most accurate at delivering a specified basal rate.

I strongly suggest that everyone read the published paper itself instead of relying on my interpretation. You may find different or more important implications than I did. Each of us carries our own bias and I don’t want any implicit bias of my own to impact your decision-making surrounding an insulin pump. TL;DR: Please read the paper after reading this blog.

The authors tested each insulin pump using the same bench test methods. They were all tested at the following basal rates: 2UI/h, 1UI/hr, .5UI/hr, and .1UI/hr. The paper includes both average or mean error for each pump at each of the tested basal rates. The authors were wise to create their own unit of measure called the MARD as well. This is their Mean Absolute Relative Difference. In essence, this normalized any successive under or over-deliverances of the basal rate to ensure that cumulative insulin deliverances weren’t compensating for the average error.

As an engineer, what I found most enlightening about their study was that it exposed, where that isn’t likely the best word as I’m sure I could have found the supporting technology elsewhere with some digging. Anyways, their test and paper highlighted the different technological approaches each manufacturer used for their respective insulin pumps. I hope this analogy helps: If you’re familiar with an internal combustion engine, there is a cylinder (think 4,6,8 cylinder identified cars). In this cylinder (think a 2-liter soda bottle and thus why some vehicles are known as 5-liter engines; the total amount of volume held by all its cylinders). So, in this cylinder is the engine’s piston. This piston receives both air and gas and is ignited resulting in a small combustion which forces the cylinder down and that provides your car the power it uses to move in a direction. 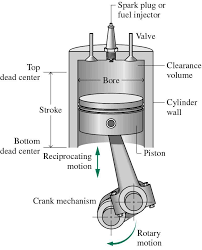 It would be difficult to reach low basal rates if your stroke volume is fixed – like that of an Omnipod. If its fixed stroke volume is already higher than that of a patient’s basal rate then it should seem obvious why Tandem’s approach works better for these users. I also believe, not an implication outlined in the paper, but an opinion of my own, that fixing the stroke volume is tied to the disposable nature of the Omnipod. If you think about it, what type of parts would you use when designing a disposable pump? They’re probably not metal if you catch my drift and in that regard fixing the stroke volume would probably make for a disposable design with the likelihood of more catastrophic errors. This is my own $.02 but surely based upon my background in chemical engineering and more limited exposure to materials engineering.

I also believe the technological approach utilized by Omnipod, and again – the disposable nature of the pump – explains the referenced paper’s test results as to mean error and mean the absolute relative difference amongst the pumps.

© 2022 the diabetic. Created for free using WordPress and Colibri